Tucked into the rolling hills and vineyards of northern Spain is the stately city of Logroño, capital of the province of La Rioja. Rich in history and traditions, Logroño preserves a legacy of monuments dating back as far as the Middle Ages. It has also earned prestige as one of the most important towns on Saint James Way, the pilgrimage route to Santiago de Compostela. More recently, Logroño even earned a reputation as one of Spain’s culinary capitals. Bring your group to discover this unique destination!

Logroño was first settled by the Romans, then later occupied by the Celts. However, it didn’t grow significantly in size or importance until the Middle Ages, thanks largely to the Saint James Way pilgrimage route, which passes through the town. When the route gained popularity at the beginning of the 11th century, so did Logroño. The monuments that remain leave no doubt about the importance of Saint James Way – especially the 16th century church of Santiago, whose façade bears a gigantic image of Santiago Matamoros. Other examples include the Pilgrim’s Shelter and the famous Pilgrim’s Fountain. The Puente de Piedra (stone bridge), built in the 11th century, is another spectacular site where your group can literally follow the footsteps taken by many thousands of pilgrims over the past millennium.

There are plenty of other fascinating cultural sites in Logroño’s historic center, like the Cathedral of Santa María la Redonda, and the Gothic-spired church of Santa María de Palacio, which is the oldest in the city. There is also the church of San Bartolomé, devoted to the patron saint of the city. Built in the 12th century, it is the only example of Romanesque art in the city. You will find civil palaces and other elegant buildings as well, which are evidence of Logroño’s noble past. 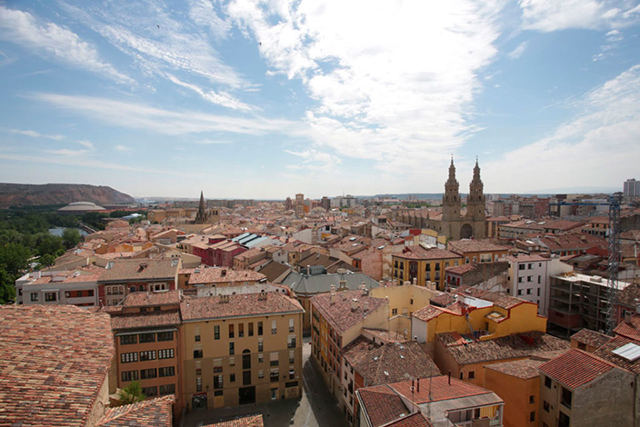 The region of La Rioja is known for its fertile soil, which gives rise to the finest local ingredients, helping to win Logroño its title as one of Spain’s culinary capitals. Most famously, wines from La Rioja are among the best in the world and have their own Designation of Origin. But with fresh ingredients like asparagus, beans, peppers, artichokes and pulses, there are many excellent dishes to try as well. Some of the favorites are vegetable stew, potatoes “a la riojana“, and lamb cutlets with vine shoots or stuffed peppers. For dessert, try pears in wine or artisan marzipan, made with sugar and ground almonds. You can try all these delicacies and more with a tapas tour of the famous Laurel Street in the historic city center, where you will find one bar after another. 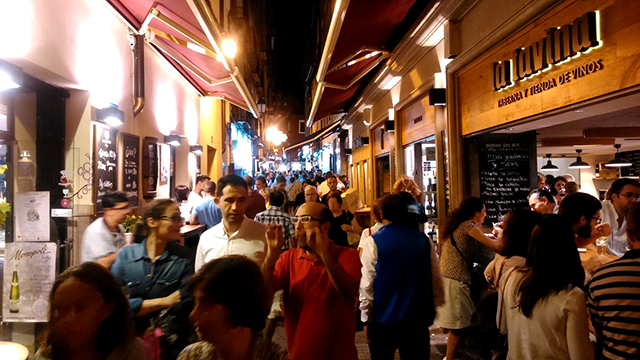 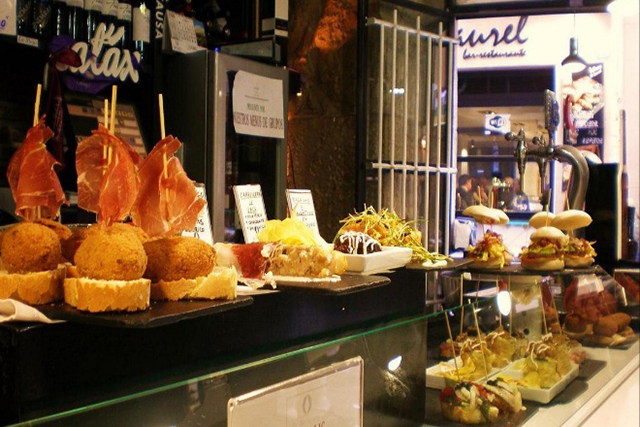 If you are planning to make Logroño your base for exploring the area, you’ll find plenty of exciting day trips. Try walking a portion of the pilgrimage route with your group. Passing through Navarrete, you’ll find the remains of a pilgrims’ hospital and a former royal court. If you carry on further, your group can see the incredible beauty of San Millán de la Cogolla, composed of the Monasteries of Suso and Yuso, both declared World Heritage Sites. A bit further down the road, in Santo Domingo de la Calzada, your group can actually stay in a former pilgrims’ hospital from the 12th century, which is now a Parador hotel. An unforgettable experience! Of course, another attraction in the area is the nature – don’t miss the Sierra de Cebollera National Park, one of Spain’s greatest examples of glacial scenery. 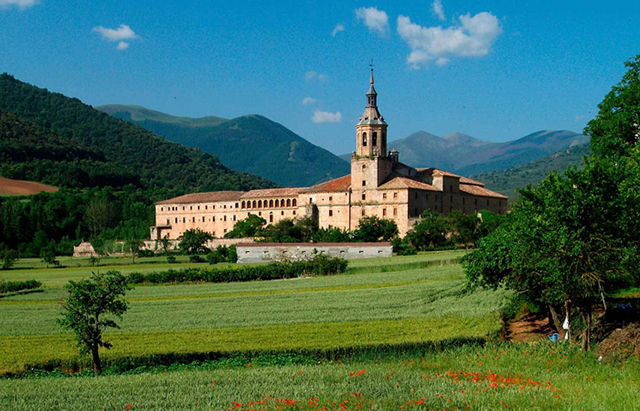 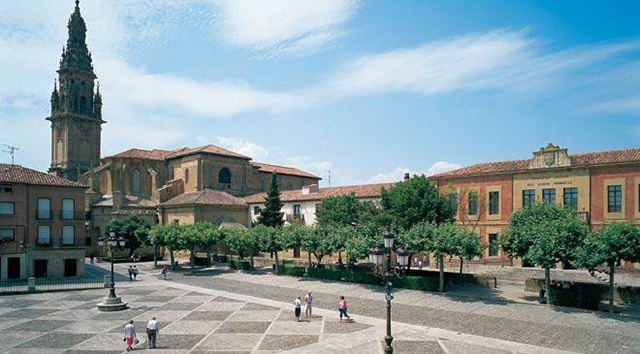 Your group in Logroño

Logroño and the surrounding region offers so much in culture, nature, gastronomy and more. This often-overlooked destination is sure to be a treasured experience for your group – get in touch to start arranging your tour in La Rioja today!

« Iberian ham: The taste of Spain
Discovering Andorra by foot »
View more posts from this author