The Saffron Rose Festival of Consuegra

Spain is famous for its cuisine, which varies widely across the country but is based in all parts on the freshest local ingredients. However, one ingredient stands out from the rest: saffron. These bright red-orange threads were widely sought after throughout history since Roman times, and Spanish saffron has always been considered the best in Europe. In particular, the saffron from the Castile-La Mancha region is of superb quality, and is celebrated each year with the Saffron Rose Festival held in the village of Consuegra.

Saffron was highly valued by the Romans, who cultivated it widely. With the fall of the Roman Empire, saffron production in Europe became a thing of the past, until the arrival of the Moors to Spain. Here, the saffron plant flourished once again, and Castile-La Mancha became known for producing the highest quality. Today, this region is the only one in the world with its own Domination of Origen for saffron.

The threads are actually the dried stigmas, or female portion, of the Crocus sativus flower, or saffron crocus. Each crocus bulb can produce several flowers, while each flower produces just three stigmas. It takes more than 100,000 flowers to produce one pound of saffron, so real saffron is sold in fractions of an ounce. During the Saffron Rose Festival, the fiery threads are sold in tiny glass jars, and make beautiful gifts and souvenirs. 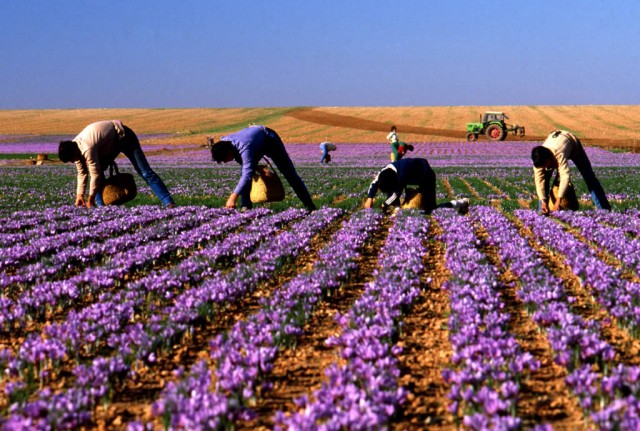 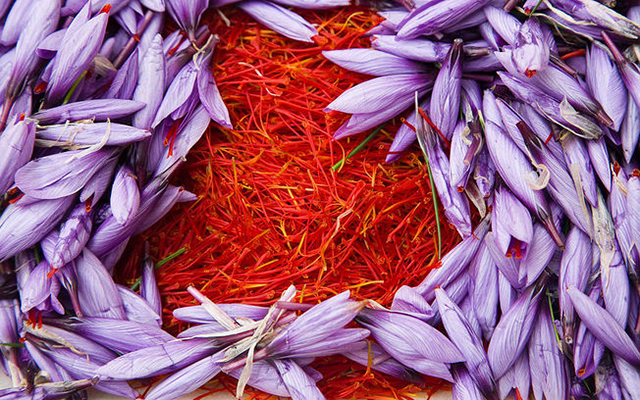 A festival of food and folklore

Celebrated in Consuegra each year at the end of October, when the saffron threads are harvested, the Saffron Rose Festival celebrates the importance of saffron and the traditional culture of the Castile-La Mancha region. It brings to life the cultural essence of Castile-La Mancha through its gastronomy, crafts, history and traditions, and offers a diverse program.

The highlight is the Folk Festival, in which folkloric music and dance groups from all over Spain participate. In addition, there are acts that take place nowhere else, like the traditional grinding of wheat in a windmill named Sancho (after the character in the epic novel Don Quixote, which takes place in the region), a saffron pruning contest, and a gastronomy contest that, of course, features saffron. Exhibitions, cultural activities, parades and sporting competitions complete the program.

Besides its saffron, the enchanting town of Consuegra is also famous for its windmills. Seven of them sit atop the ridge that rises above the town, surrounding the medieval castle. These are the best-preserved windmills in Spain, but are famous most of all because they appear in Cervante’s famous novel, and thus find themselves on the modern Route of Don Quixote. 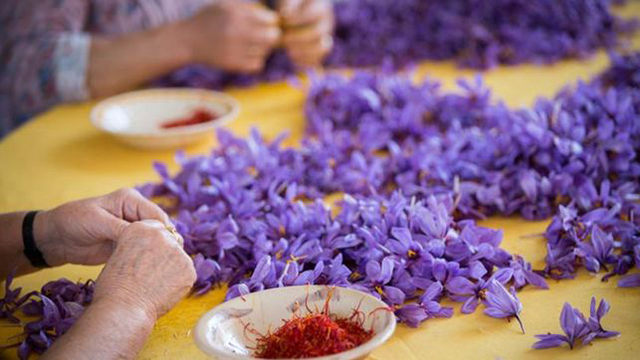 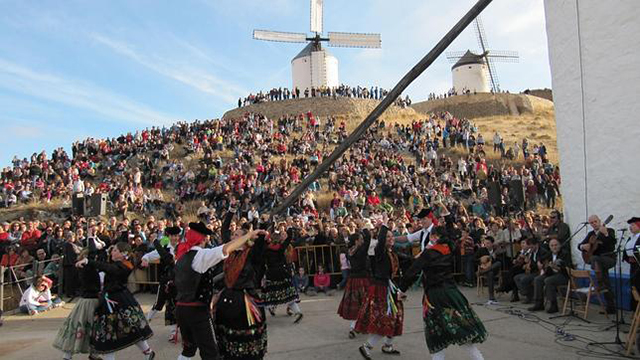 The Saffron Rose Festival can add true authentic flavor to your tour of the Castile-La Mancha region, and is a celebration that is truly unlike any other. Don’t miss out on this unique event and all that the region has to offer. Get in touch with us today to start planning!